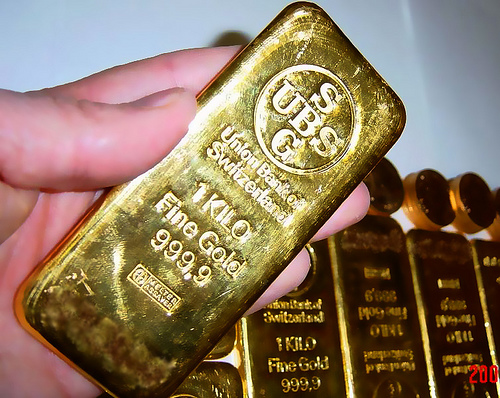 As early as 12,000 BC, Anatolian obsidian was distributed as a raw material for stone-age tools.  In the 9th millennium, organized trading appeared.  Items like this could be considered the earliest instances of money.  In 350 BC, Aristotle wrote:

When the inhabitants of one country became more dependent on those of another, and they imported what they needed, and exported what they had too much of, money necessarily came into use. For the various necessaries of life are not easily carried about, and hence men agreed to employ in their dealings with each other something which was intrinsically useful and easily applicable to the purposes of life, for example, iron, silver, and the like. Of this the value was at first measured simply by size and weight, but in process of time they put a stamp upon it, to save the trouble of weighing and to mark the value.

These early monies were in themselves useful, valuable things.  You do not need to trust that your copper coin or piece of obsidian had value because it was made of a valuable material.  You just needed to make sure that it was indeed made of that material.

If we fast forward to the birth of the United States, in 1690, the Massachusetts Bay Colony issued the first paper money in the colonies.  On April 2, 1792, the United State Congress passed The Coinage Act Of 1792.  This act created eagles (worth 10 dollars), dollars, dismes (now known as dimes), and cents.  The values of the coins were based upon the value of the materials they were made of.  An eagle, for instance, was to “contain two hundred and forty-seven grains and four eighths of a grain of pure, or two hundred and seventy grains of standard gold.”

On July 17, 1861, the congress passed an act permitting the Treasury Department to print and circulate paper money.  These “demand notes” were commonly referred to as “greenbacks”.  Greenbacks were replaced by United States notes in 1862.  Beginning in 1865, gold Certificates were issued by the Department of Treasury against gold coin and bullion deposits.  They circulated until 1933.  Under Congressional Acts of 1878 and 1886, the Treasury produced silver certificates until 1923, as an alternative to silver coins.

On March 14, 1900, President McKinley signed the Gold Standard Act.  The act valued the dollar at 25.8 grains of gold.  This was the Gold Standard.  The value of the dollar was pegged to the value of that amount of gold.  Unfortunately, it didn’t last long.  On January 30, 1934, the Gold Reserve Act nationalized gold and prohibited private gold ownership except under license.  It also empowered the president to devalue the gold dollar by up to 40%.  The price of gold was set to $35 per ounce and the federal government began selling confiscated gold on the international market.  US citizens would not be allowed to posses gold legally until 1974.

Even though US citizens could not exchange the dollar for gold, foreign governments still could until August 15, 1971.  On that day, Richard Nixon eliminated the dollar’s convertibility into gold.

After Richard Nixon’s 1971 elimination of the dollar’s convertibility, it was no longer backed by any sort of government reserves.  Fiat money is a currency that has been declared to be legal tender but does not have any intrinsic value.  It only has value because people have faith that it has value.  All modern paper currencies are fiat money (as are most coins).  Instead of a currency’s value being pegged to the value of an asset, it is essentially pegged to the strength of the issuing nation’s economy.

I skipped over the Bretton Woods system for the sake of brevity.  If you want to dig further into the history of post-WWII monetary policy, I would recommend checking it out.  The gold standard still technically existed until 1971 but in my eyes, it died at the hands of FDR in 1934.